Nettlebed Sports Association, a registered charity number 304335, was set up some years ago to promote sporting activities on the recreation ground and to raise money for the good of the community by holding an annual fete in July.

In recent years the association’s only activity had been to organise the very popular and successful fete and advise on the sports pavilion which had been built by Robert Fleming in the early 1900’s.
Since building the new pavilion the Sports association has resumed the traditional custom of making donations to local organisations including the Scouts, Brownies, Netball Club, Nettlebed Pre-school and the over 60’s Christmas Lunch

This old building pictured here, by the mid 2000’s had deteriorated to such an extent that in 2007 the Parish Council who had been helping out with repairs and other costs, advised that the building should be condemned on safety grounds despite the many years of voluntary work to keep it going.

The parish council called a public meeting at which it was resolved to raise funds for a replacement building and the matter was handed to NSA to look into.

A wonderful effort by the community as a whole raised over £90k in quite a short period by public subscription and without any grant funding. In the meantime planning consents were obtained from SODC and Defra, as the recreation ground is on common land and subject to the Commons Act 2006.

The new building was completed in 2010 and pictured here.

The recreation ground and pavilion are now managed by NSA under a lease granted by the land owners Nettlebed Estate and Nettlebed and District Commons Conservators.

The ground is maintained by Henley Cricket Club in return for use of the facilities on most Saturdays during the cricket season for their third and fourth teams. Nettlebed Cricket Club is a local Sunday side and benefit greatly from the huge amount of work and expense provided by HCC which has brought the playing area up to league standard.

The outfield is used for informal football play as there is currently no football club.

to the Nettlebed and District Commons (Preservation) Act 1906.

The pavilion is available for children’s parties and other activities when there is no cricket.
Enquiries to nsa@nettlebed.net

Further contact information can be found on the Village Directory page. 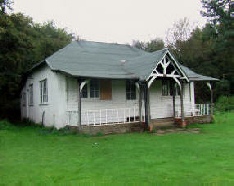 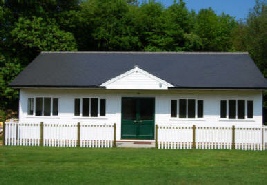 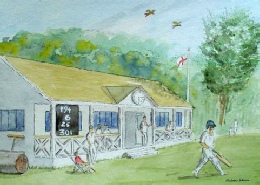 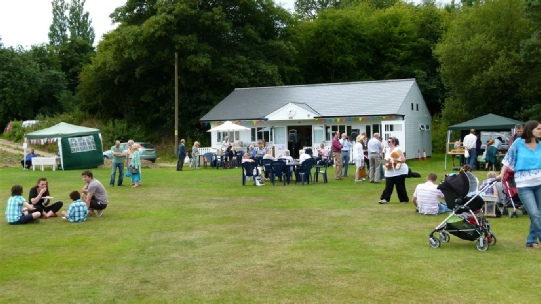